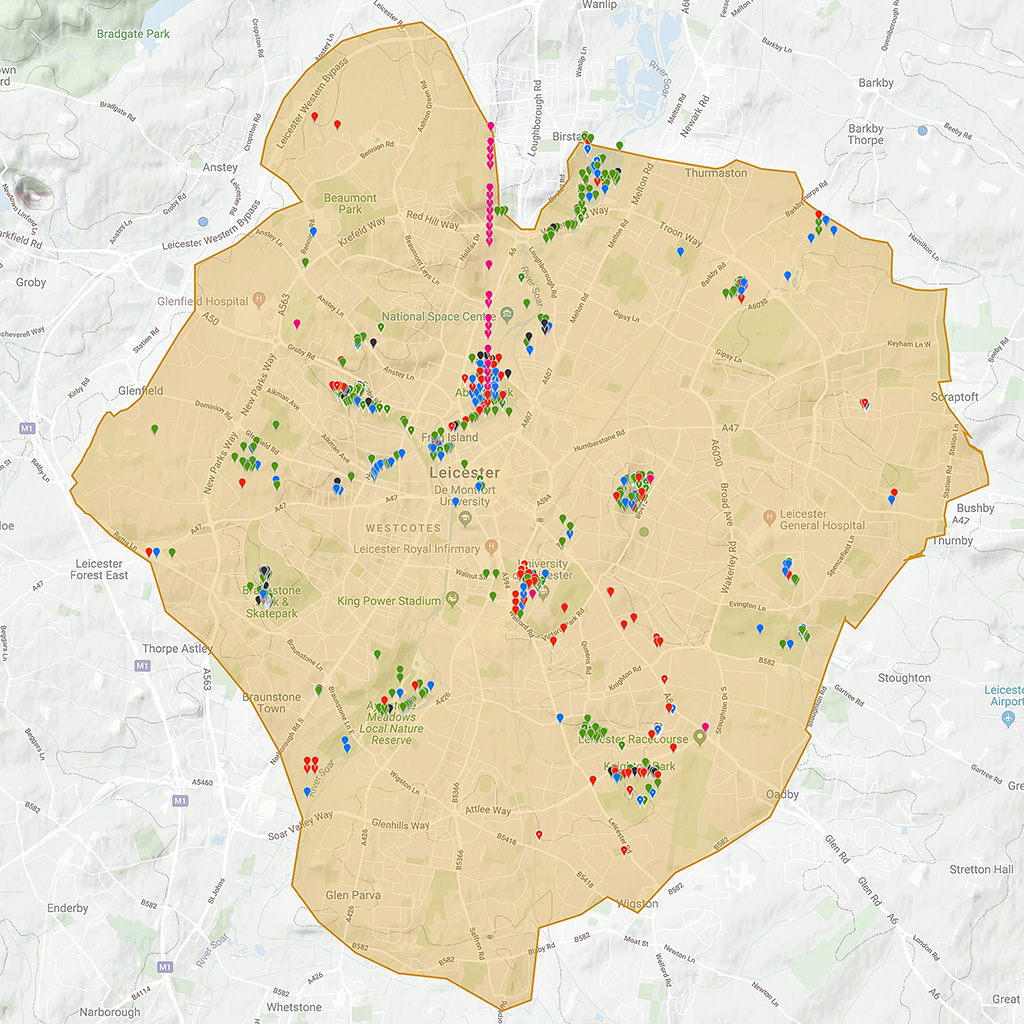 The results of City Nature Challenge 2019 have been announced. More...

Worldwide, there were 963,773 observations made by 35,126 participants of more than 31,000 species. In Leicester, there were 4,190 observations of 835 species made by 85 participants. You can see the global results on the iNaturalist City Nature Challenge Leaderboard:
http://citynaturechallenge.org/leaderboard-2019/

What we know is that more people attended the Leicester events than chose to record their observations, so the recorded number of participants does not accurately reflect the full public involvement. It's also a safe bet that if there had been a warm, sunny weekend for the event rather than the windy, chilly weather we had that more people would have been involved. And now it's time to think about future events.

Sustainability?
What happens to the people who recorded observations in Leicester during CNC19? That's a difficult question to answer. Certainly a few of them appear to be continuing to use the iNaturalist platform to record observations. Whether any of them are now using NatureSpot for recording is unclear, but probably not - the people who used NatureSpot during the event were mostly previous users and they are carrying on as before. And that's a shame because observations on iNaturalist don't form part of the permanent scientific record in the way that NatureSpot records do. Beyond having a nice day out (in spite of the weather), the future contributions of the iNaturalist users are uncertain. Not all cities participating worldwide used iNaturalist as their platform and few other places have the advantage of a site such as NatureSpot. This is something to think about for future events.

What is the lasting impact of City Nature Challenge Leicester in this time of unprecedented change? That's a difficult question to answer.

Please would you explain the significance of the different coloured spots.

The colours are the level of…

The colours are the level of confidence that iNaturalist puts in the identifications given to observations by other members of the site. I think red is the most certain, blue the least.