Ducks move into the village

In early September 2017 up to 100 juvenile Mallard moved into front gardens on Croft Road, Thurlaston, feeding on invertebrates and vegetation. The Mallard (Anas platyrhynchos) is a common water bird found throughout the county, but it is rarely seen in gardens.

It is thought that the flock moved from the small lake located to the East of the village due to disturbance caused by crops being harvested in the vicinity. Large numbers of Mallard are present in natural populations, but many more are reared and released each year for shooting. 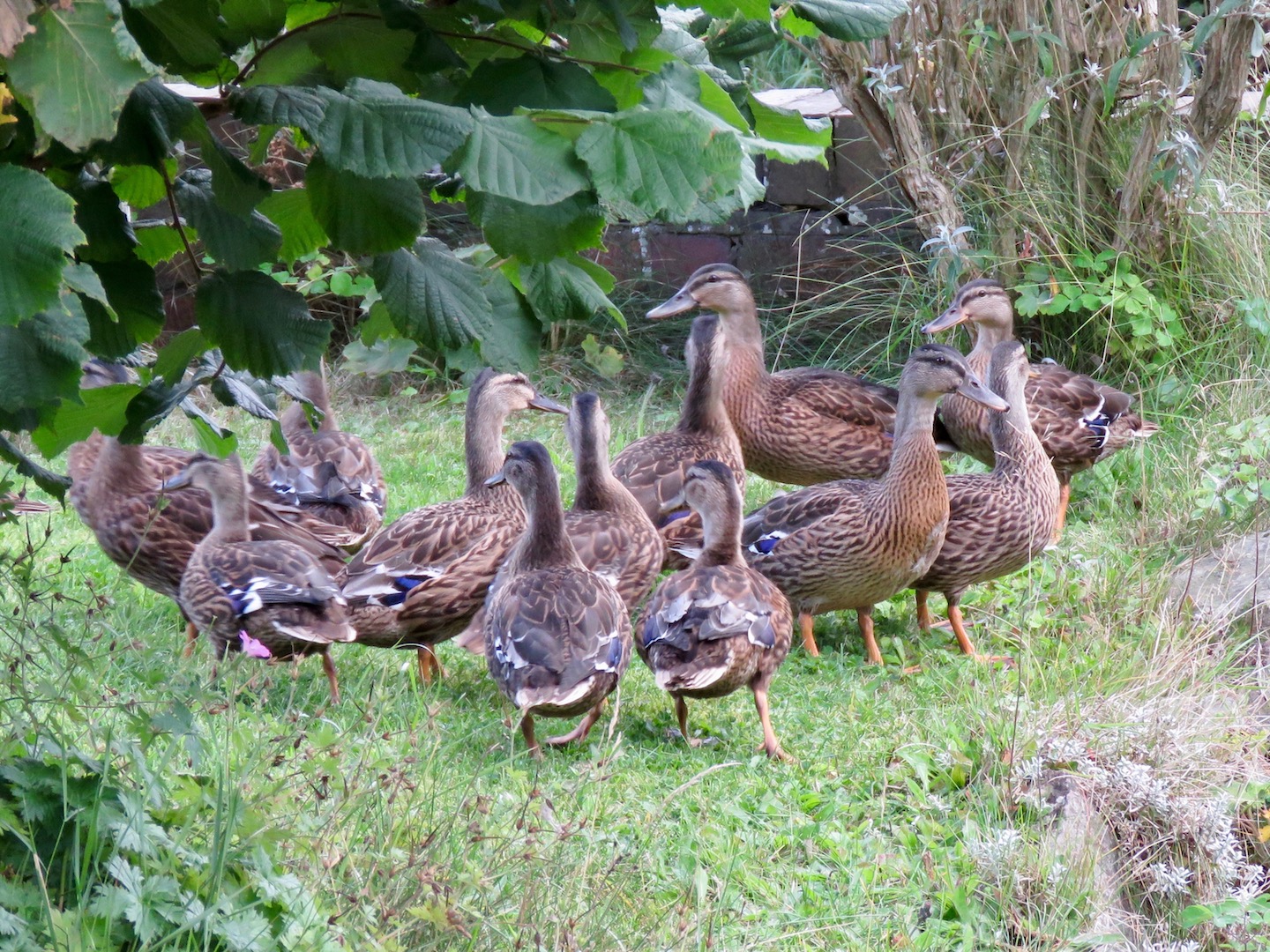 Wildfowling is a traditional activity in the countryside that often has a considerable influence on the landscape and biodiversity of the area, but it does tend to divide the community. On the one hand, many naturalists cannot understand how killing animals for pleasure can be defended. On the other hand, it can provide a source of income and employment, and it can lead to areas of valuable wildlife habitat being preserved on farmland to the benefit of both the landscape and wildlife.

Whatever the origin of this flock, there is no doubt that it offered some local residents the pleasure of watching the antics of feeding ducks as well as removing a good few slugs from the gardens in the process. 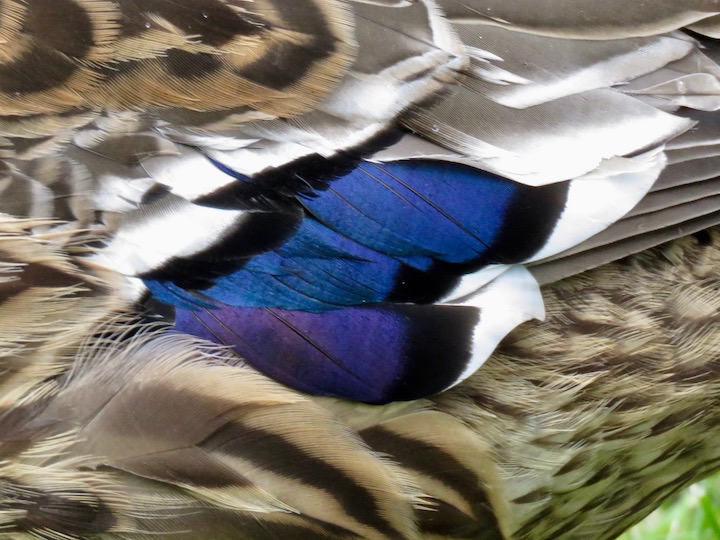 The juveniles were similar in appearance to adult female Mallard, but some showed early signs of adult male plumage; all showed the typical adult speculum. The speculum is a patch of iridescent colour seen on the secondary feathers of most species of duck. In Mallard the speculum is purple/blue with white edges as shown here.

Return to the Thurlaston Home Page