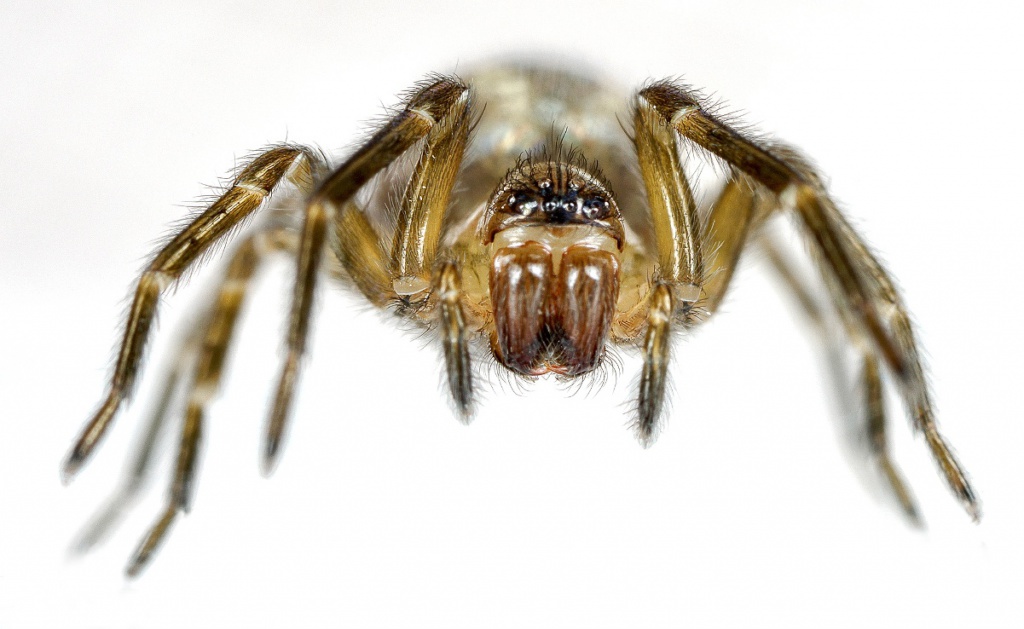 It's the time of year when people find spiders in their houses - what are they up to?

As we all know, at this time of year when you walk down your garden path you may get a face full of spider's web. Grass is often studded with sheet webs picked out by shining droplets of early morning dew before the sun dries them off. In the evenings, spiders run across the walls and ceilings of houses and it suddenly seems like the world is full of spiders - which it is at present. Where did they all come from?

Most British spiders breed over the summer period. Few live as long as a year and most have an annual pattern related to their lifestyle. The familiar Garden Spider (Araneus diadematus) will have raised a brood of tiny golden young which have now dispersed from the tight balls they form when they first hatch. The young of many spiders are initially sociable but soon isolate themselves to avoid competition for insect prey and more importantly, to avoid being eaten by their siblings. However female Garden Spiders remain in their webs, feeding and growing ever larger until the frosts kill them off - very few survive the winter. Large adult House Spiders appear indoors and disturb our television viewing as they run across the floor, often pursued by the cat, dog, or rolled up newspaper. In fact there are several different species which go under the name "House Spider" and they are very difficult to tell apart. They've been with us ever since we invaded the nice dry caves they used to live in, and when we built nice dry houses, they came along too. Why are they there? Females (the really big ones) are looking for a suitable place to build a funnel web (they're completely harmless and not related to the Australian Funnel Web spider). Males follow, looking for the females and attracted by their scent. They're driven by the need to try and mate before they die.

But pity the poor house spider, whose life has become much more difficult in the last few years. Britain's spiders are changing rapidly and the spread of new species has put the House Spiders under great threat. Both Pholcus and Steatoda spiders are efficient predators of the much larger House Spiders. I haven't seen a "House Spider" in my house for more then 10 years, although I do occasionally find them in the garden, where, having been evicted from the house, they seem better able to avoid these new predators. Like all houses, we have plenty of spiders at this time of year though - almost all Clubiona species in our case - spiders that the books will tell you are only found outdoors. They seem better able to resist the efforts of the fierce new predators which have eliminated the House Spiders.

If you'e one of the people which don't like spiders, here are three thoughts to console you.