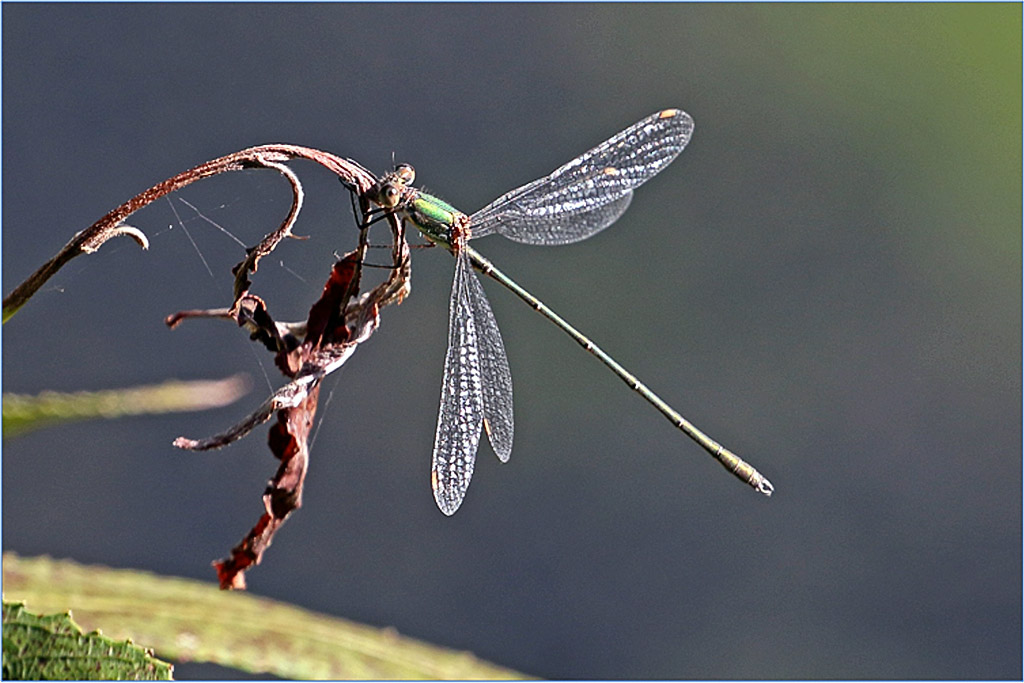 We've been waiting for this one...

Since its first appearance in the UK in 2007, Willow Emerald Damselfly, Chalcolestes viridis, has spread rapidly westwards. It had reached Northamptonshire by 2016 and Lincolnshire by 2017, therefore its appearance in VC55 would surely be just a matter of time? The honour of being the official finder of the first VC55 record goes to Alan Shorrock, who discovered an adult in willows beside the Eye Brook inlet to Eyebrook Reservoir on Sunday 8th September 2019. Up to five have been seen at the same site in subsequent days and it is hoped that more inhabited localities will materialise in the coming weeks.

Willow Emerald flies through August and September and on into October, so there is plenty of scope for keen recorders to add more dots to the distribution atlas before the end of the current season. Favoured habitat is shrub or tree-lined waterbodies including ponds, lakes, canals and slow-flowing sections of rivers. Adults are often encountered perched on branch tips, with wings held at a characteristic 45-degree angle. This habit is shared by the Emerald Damselfly, which tends to be on the wing a little earlier in the summer and prefers well vegetated pool margins. Willow Emerald Damselfly is longer than Emerald Damselfly, appears thinner and lacks the blue pruinescense of this species. The dark bordered pale brown pterostigma is also a key identification feature. The image above, taken by Tony Clarke at Eyebrook Reservoir on 11th September 2019, illustrates all if the above feature. Happy hunting, and please send us your records!