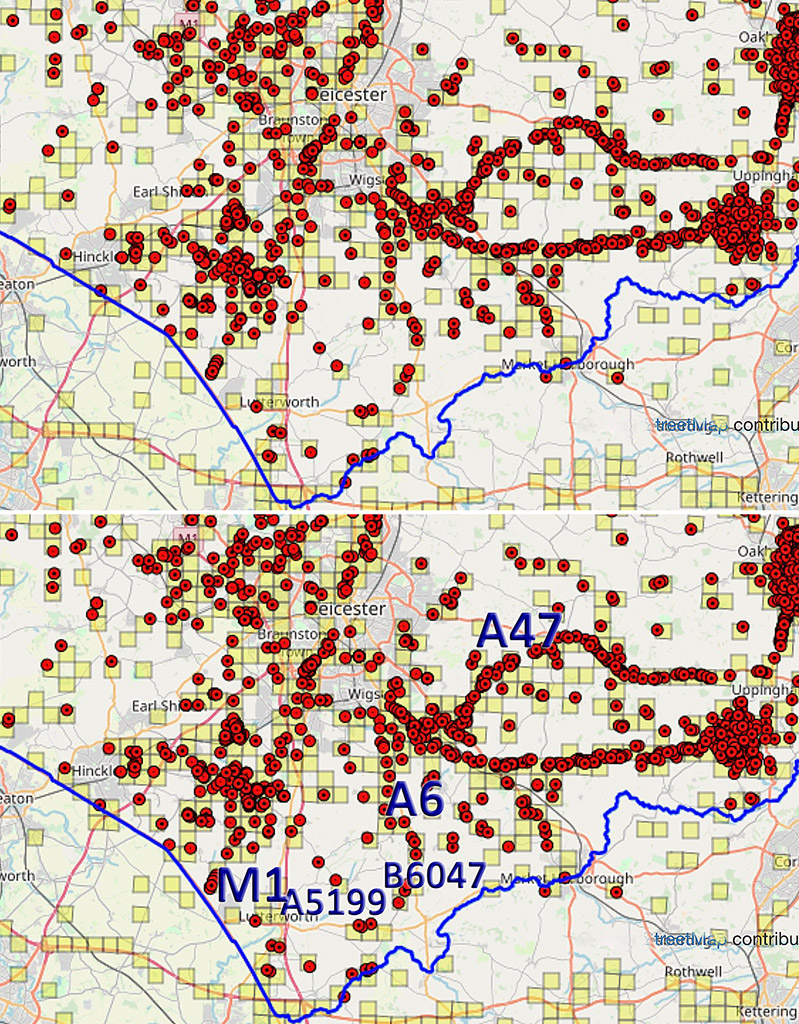 The NatureSpot team has been pondering what determines the distribution of records we receive. More...

For a record to be submitted to NatureSpot a species must be present, but more than that, a recorder must also be present at the same location at the same time. In addition, the recorder must be able to identify the species (or take a usable photograph of it) and be inclined to submit the record. We receive more records for Buzzards than for any other species. But Buzzards are not the most abundant species in VC55 - they're not even the most abundant bird. Moreover, as you can see, Buzzards absolutely love roads! Or do they? Yes, there is the possible draw of roadkill, but there are also a lot more people (potential recorders as we think of them here) on the roads than trekking across the fields. The density of all records for the City of Leicester is high - as you would expect - but the density of records for Charnwood Forest is higher, so it's not just about the number of people.

When I'm driving along the A47 I might see a Buzzard over the road and submit a record (when it is safe to do so). But I can't record tiny money spiders on the roadside verge, even though there are many more of them than there are Buzzards. I couldn't even submit a record if the money spiders were the same size as Buzzards because unlike Buzzards, money spiders are very difficult to identify - they have to be examined very closely and keyed out.

The factors which control the distribution of records are complicated:

Density of a species
Density of recorders
Ease of identification
- and probably a lot of other things we don't know.