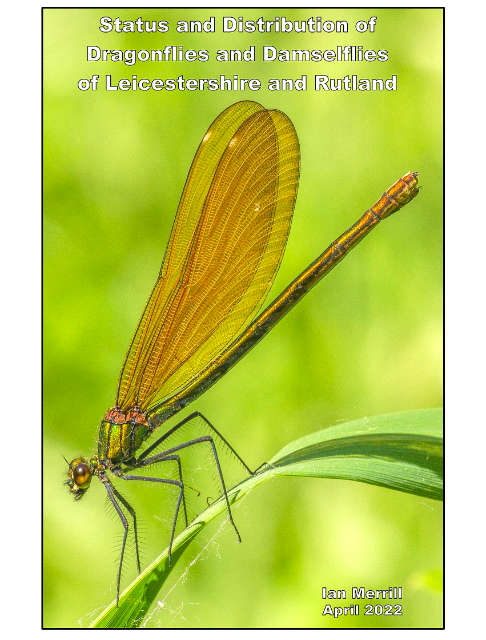 A new report updates the status & distribution of all species of dragonfly & damselfly across Leicestershire & Rutland. More...

There has been an increase in Odonata recording in VC55 over the last two years with c3000 records per annum submitted, compared to c2000 records per annum in the five previous recording years. Following on from the previous version of this checklist, the increase in recording effort has facilitated the mapping of some significant changes in the distribution of all three of our recent arrivals, plus several other species.

Of particular note are:

Ian Merrill: Status and Distribution of Dragonflies and Damselflies of Leicestershire and Rutland. April 2022: https://www.naturespot.org.uk/sites/default/files/downloads/VC55%20Odonata%20Checklist%20-%20April%202022.pdf